Our medical client had two offices seeing patients. We evaluated where patients were leaving reviews and where those sites were appearing in search results. The medical specialty sites (ie, Vitals.com) feature individual doctor reviews and those were positive. The primary office had one Google review that was 4 years old and negative. The satellite office had two Google reviews, both over a year old, that were positive.

We decided to target Google+ as the primary web property to generate reviews on. Google was the most logical because of the effect on SEO, Google maps, and Google’s 67% share of internet searches.

We initiated a program to drive actual reviews from patients, written by them in their own words and posted from their own Google+ account. We didn’t attempt to influence the rating or review content. Our objective was to drive 2 or 3 new reviews for each location every month. 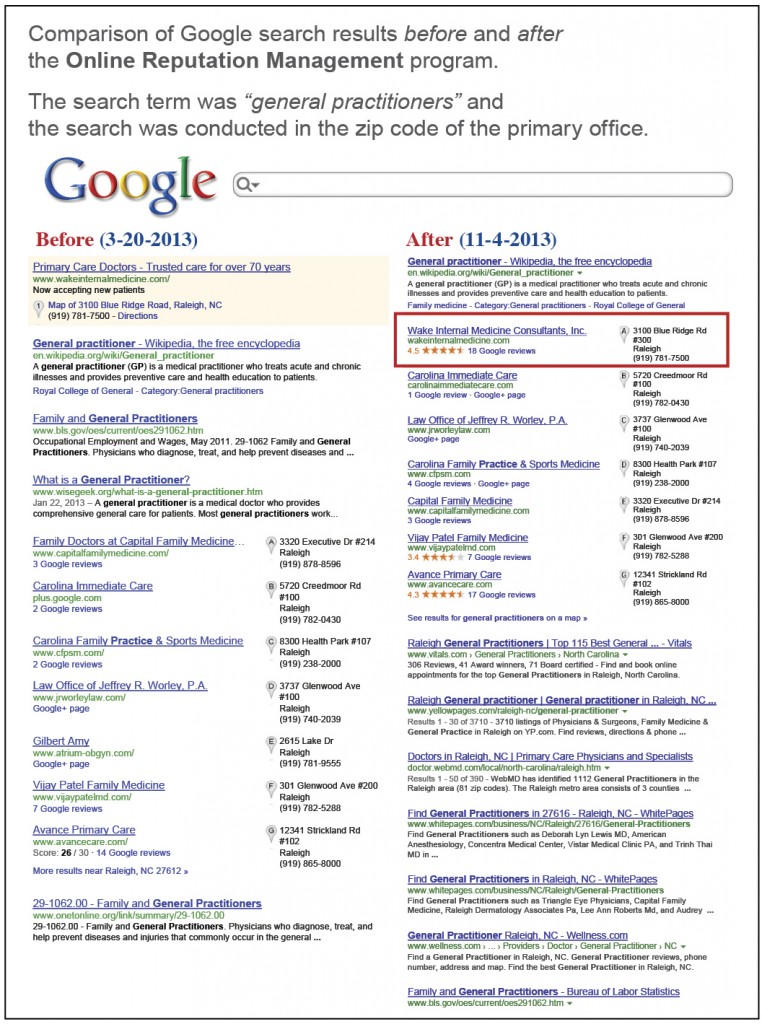