Our friends at Sprout Social have come up with and interesting list of social media terms that will be slung around the conference table for 2016. Some may seem obvious to you, but then it’s always good to take a refresher course and relearn things you think you already know. 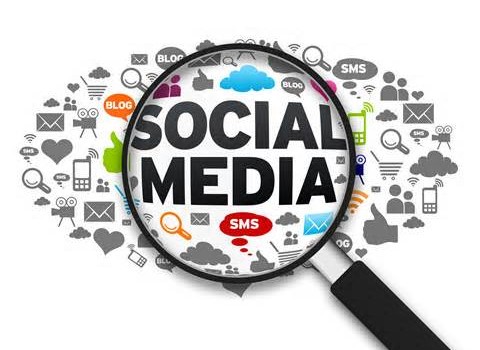 You’ve heard it a million times, but it’s true–the social media world is constantly evolving. What was popular just a few years ago could now be viewed as out of date or old fashioned in today’s social media world. That’s why it’s critical as a social media manager or marketer to stay on top of the latest social media trends so you’re ready for the year.

One of the best ways to keep current is to know what people are talking about. While we’ve already discussed trends for 2016, we haven’t looked at the social media terms that will be frequently used in the upcoming year. Even though there are several massive lists, indexes and databases of social media terms to help you along your way, we feel it’s best to know what terms to be familiar with in 2016 so you can see results in your marketing campaign.

Without listing everything known to man, here’s our top seven social media terms you should know for 2016:

A term that many people aren’t quite familiar with, but have seen it a thousand times on social media is trendjacking. Simply put, trendjacking is when you hop on a major social trend and use the buzz to get those people to engage with your own brand. In 2015, trendjacking grew exponentially and it’s pretty clear this form of viral marketing will not slow down in 2016.

#TheDress looks silver and blue to us.

If you need help with an example, here’s one for you: #thedress. Last year’s most random and biggest social media discussion was around determining the color of a dress. You had to be hiding under a rock if you didn’t see at least one brand or business chime in on the discussion.

Trendjacking is a highly effective way to get those emerged with your brand on social media. If you visit some of the more advantageous social media channels like DiGiorno Pizza’s Twitter, you’ll find plenty of trendjacking posts on pop culture events, people or subjects.

Remember Cleveland: even if the football gods have cursed you with unending pain, there's always pizza

For 2016, it’s likely that companies will focus more on customer engagement, interaction and conversations. One way to do this is to get talking about trends and find an appropriate and clever way to start the discussion.

A trend that continues to increase in social media is real-time engagement. Dialing the 1-800 phone number for customer service is a pain that no one wants to deal with, which is why turning to social media for questions and concerns has skyrocketed. Asking companies for help through social media continues to grow as more customers want real-time engagement. For 2016, this term will less likely be something of a nuance and more of a staple in any business to customer (B2C) strategy. Here are some statistics from a Social Habit report that show why this term will be in full force in 2016:

The demand for instant conversation isn’t going away and brands have to be ready when they enter the social media world. This isn’t to scare off companies, but instead, these stats should be seen as a chance to engage customers and convert them into investing long-term. Think about the quick success of social platforms like Periscope, Meerkat, Snapchat, Blab and Facebook Live.

Luckily with Sprout Social, you can manage all your social profiles and into a single-stream inbox so your customer service team doesn’t miss a single question or concern raised to your network.

Sprout’s engagement tools make it easier to manage dozens or hundreds of messages pouring into your social channels. If you leave your customer’s concerns in the dark, you run the risk of losing them for good. This year will be another step toward faster instant gratification and consumers will continue to turn to social media to look for these interactions and responses. Click here to get a 30-day free trial today.

Social media monitoring tends to revolve around searching and watching for certain indicators within the online conversations. However, social listening is the act of tracking online conversations for exact words, phrases or brand names. In previous years, more organizations have begun to use social media monitoring tools like Sprout Social to gain intelligence on specific analytics.

But at the same time, 2016 is likely to bring more attention to social listening as a buzzword for finding out what people are saying about your company. You don’t always see every company interaction, especially when the customer doesn’t tag or @mention you. Through Sprout’s keyword finder, you can track, monitor and engage with those who use hashtags, @mentions or simply mention your name in a Twitter conversation. Social listening tools help brands gain insights on these conversations through analysis.

There’s no doubt about it, the social world is going visual. Twitter even discovered engagement increases by up to 35% when there’s an image included in a Tweet. Additionally, an Adobe and Software Advice survey found visual content to be the highest performing and most successful material on social media.

Visual content is nothing new for 2016. However, a term being thrown around recently that is similar